A great number of people go through the process of parenthood. Although they often receive plenty of support from friends, family members, or even strangers on the street, there is a distinct lack of information regarding how to take care of children without ruining your own sanity. People who have been in a situation where a child has been thrust upon them often find themselves in need of advice. While conventional wisdom might include things like “don’t take it personally when they scream for hours on end” or “remember that no matter how hard you try, you probably won’t get them to fall asleep at 8 PM,” these are often insufficient.

A common misconception is that having children will make you happy. Still, when you consider the number of new parents who need to take time off from work because they are in poor mental health, which takes a toll on their careers and can lead to lower pay or even job loss, it becomes clear that children aren’t always the panacea for happiness that people think they will be.

To take care of children without ruining your sanity, you need to recognize a few things.

Take Care of Yourself First

In order to take care of children without ruining your sanity, it’s a good idea to make sure that you’re still taking care of yourself at the same time. Jogging around the neighborhood every morning before taking your kids to the kindergarten or going out for a few drinks with friends is going to be a lot more productive than sitting inside the house all day, waiting for them to get tired.

If your children will be young for a significant amount of time, then it’s a good idea to make sure that you set aside some time each week to pursue personal interests without them. This can include anything from playing video games or watching movies to even taking a class. It can be easy to forget that there is a world outside of your home, and the only way to stay sane in such circumstances is to remind yourself periodically that everything will someday return to normal.

Have a Clear Routine

When something changes in your life, it can be frustrating because you might not know what to expect from one moment to the next. The best way to get over this is to set up a routine that covers everything you need to take care of each day. 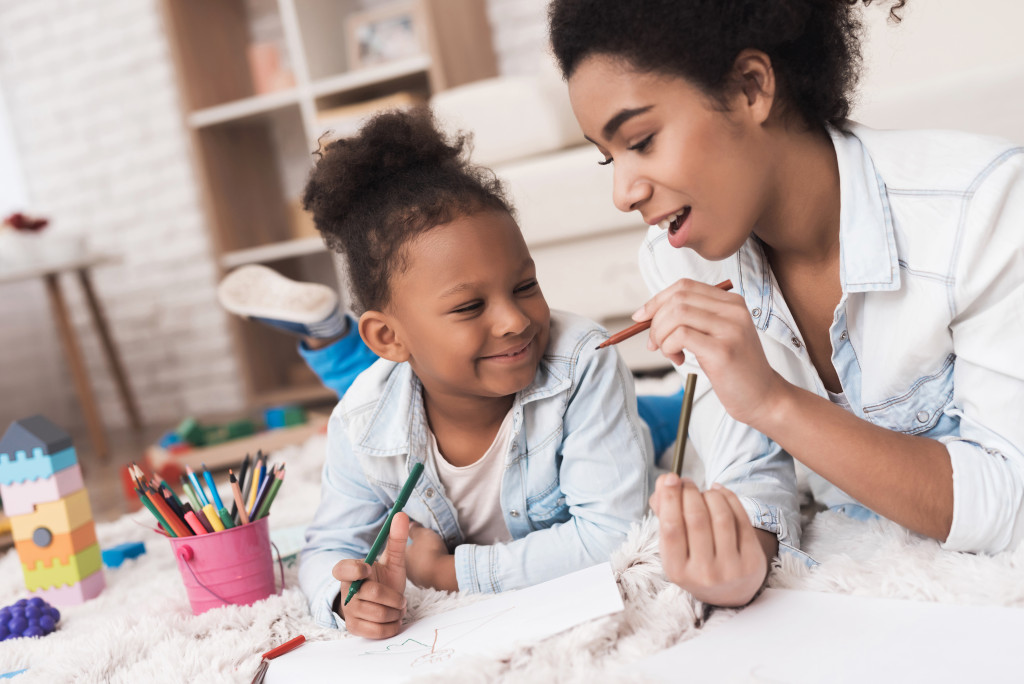 Even if your daily routine changes at some point, it’s still a good idea to have one in place so that you know what to expect and when. It can be helpful to make a list of all the things you need to do each day and then try to stick with it as much as possible.

Be Prepared to Admit Failure

As a new parent, you might want to expect that everything will go exactly the way you planned it. Unfortunately, this is rarely true because children are frequently unpredictable. The first time one of them wakes up in the middle of the night or starts running around the house, it’s easy to find yourself frustrated, angry, or even depressed.

If you are hoping for a relaxing evening in front of the television with your spouse, then don’t just expect that everything will go smoothly after that happens. It’s hard to admit failure when things aren’t going exactly as planned, but if you really want to take care of children without ruining your sanity, it’s a good idea to get used to this.

If you want to have some time alone after the kids go to sleep, don’t expect that things will ever be exactly as they were before. Many people find it challenging to live alone after they become parents because children are such a big part of their lives, and this means there won’t be any time for things like Netflix marathons or drinking with your friends.

It’s important not to be too hard on yourself when you realize that you’re going to have a little trouble getting used to this new way of life. Just because things are different from before doesn’t mean that it’s not worthwhile, and people usually feel better about their lives after having children.

Be Aware of Your Surroundings

One thing that can help you take care of children without ruining your sanity is to be aware of your surrounding at all times. You can’t do everything yourself. Thus, it’s important to trust the people you hire to take care of things like cleaning and cooking. Even if they’re doing a good job, sometimes accidents happen.

If one of them breaks an expensive antique or burns dinner in the oven, then don’t freak out; these kinds of things are bound to happen eventually, so it’s a good idea to realize this from the start.

Remember That You Have a Support System

It can be easy to ignore your friends and family members after children arrive because they will not relate to your daily situations. They might not understand why you’re so tired or frustrated all the time, but it’s still a good idea to stay in touch with them as much as possible because they really do care about you.

If things get tough, don’t hesitate to call upon your support network for help.

Even when they are at their worst, you must always love your children. It should become clear to you just how important it is to show them kindness.

So parents everywhere can find comfort in knowing that there are plenty of ways to take care of children without ruining their sanity.